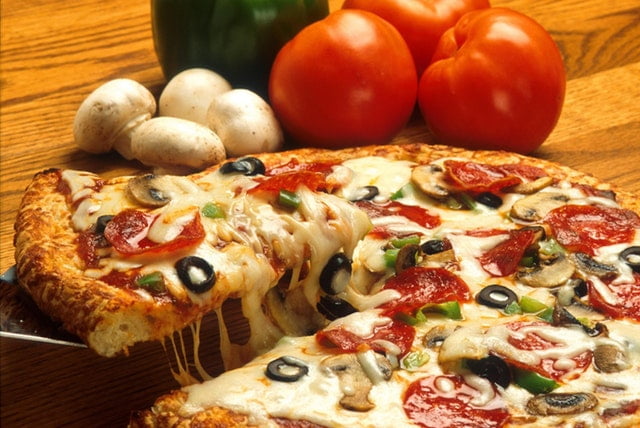 Pizza has been around for centuries, meaning there’s more than enough facts floating around about the ever-popular dish. Here’s just a taste of some of the amazing facts that have to do with pizza.

It Didn’t Start in Italy
It’s commonplace to believe that Italy was the origin place for the delicious dish we know today as pizza. However, the first pizza made actually originated in ancient times, from the Greeks and Egyptians. They used flatbread and cooked it using toppings that consisted of olive oil and spices. It wasn’t until the 18th century that pizzas had tomatoes added to them.

Americans Eat A Lot of Pizza
According to the National Association of Pizza Operators, Americans consume upwards of 350 slices of pizza per second! In other words, they eat about 100 acres of pizza every day, even though 93% of them only eat pizza once a month.

Would You Spend $12,000 on a Pizza?
Because some people have! Topping the list as the world’s most expensive pizza, this beauty originates in Salerno, Italy and takes three Italian chefs to create it. Just a few of these extravagant toppings include three different types of caviar, imported lobster, buffalo mozzarella cheese and truffles.

The World’s Biggest Pizza is… Big
Setting the world record back in December of 2012 for the biggest pizza made in the history of the world, five Italian pizza makers created a beast the Guinness Book of World Records had never seen before. In Rome, Italy, they made a 13,580 square foot pizza that stretched 131 feet in diameter and contained 19.800 pounds of cheese, 1,500 pounds of margarine and 550 pounds of rock salt. But most importantly, it was gluten-free.

It’s a Huge Industry
At least in America. The pizza industry is worth about $37 billion in the United States, making it an incredibly profitable business for the economy. Across the country, over one million people work in the pizza industry, with 73,000 stores throughout.

Mayonnaise on Pizza?
In Japanese culture, it’s commonplace to put mayo on their pizza. In fact, because Japanese mayonnaise is made to be much sweeter than that of other countries, it adds great flavor to any pizza slice.

At Stan’s Pizza Joint, we’re proud to be the best pizza place in Burnaby, British Columbia. If you’re looking to enjoy the freshest ingredients, homemade pizza and pasta dishes and fast delivery times, then be sure to stop by Stan’s Pizza Joint!